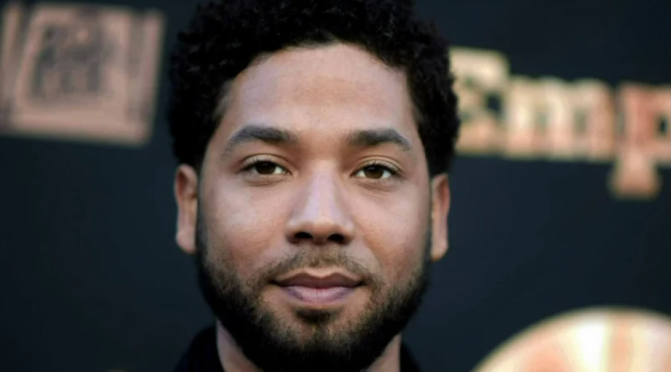 By: eDas The Soul Star, Editor In Chief

I am not a reporter. I am a writer with emotions, so I express myself.

Jussie Smollett Sentenced to Jail, Probation for Lying to Police in Staged Hate Crime. Do I believe it? I’m not sure that’s all we should be concerned with, right now.

“I am Innocent. I am NOT suicidal.”

In the words of C Tha God’s therapist, Let’s unpack this.  Shall we?  I totally get why he’d yell out that he’s not suicidal.  That’s not only for his benefit as a Black man but also as a celebrity.  Shall I name names?  Why not?  Say her name: Sandra Bland.  Somehow she committed suicide in some random prison in BFE Texas.  If you believe that, I got a bridge in Brooklyn to sell you.  Also, a few celebrities mysteriously committed suicide in prison.  So now that he’s said that, perhaps we should be on the Lookout.

“I could’ve said that I was guilty a long time ago!”

Would he, though?  All I’m saying is people who lie don’t tend to tell the truth.  So, was that a strong argument?  I don’t know.  Unless any of you have any other viewpoint here, that part confused me even more.  And if there’s one thing I know, the truth isn’t confusing. It’s straight up and down like 6:00.  But then, I think of it another way.  Maybe he was saying that it would have been better for him to say he was guilty right away, thus giving him a lighter sentence.  Instead of waiting until now.  But I’ve actually witnessed people lying even after being caught in the lie!  So, this is a tough one.

Okay, let’s address the ruling. The Judge found him guilty. Not a surprise. The Chicago PD already told us they were coming for him.  They all work together, you know.  The Judge and the enforcers of the “Law.”  They had been calling him a liar and said that he’d wasted costly resources since the last hearing. That being said, I don’t know, ya’ll. Wasn’t this going on around the “Defund the Police” movement? Several people totally misunderstand what that means. Time to work on messaging, Dems. The verdict, in this case, does sound like a convenient way to get more money for the Police department without going through the Government. They’re acting like they’ve been defunded or something.

“More than 20 Major cities have reduced their police budgets in some form, an unprecedented trend, though the scale and circumstances vary dramatically.”

Oh, wait. They have been defunded! The Chicago PD is one of 20 Police Departments that have been DEFUNDED as of May 2021. According to The Guardian, “More than 20 Major cities have reduced their police budgets in some form, an unprecedented trend, though the scale and circumstances vary dramatically.” I HIGHLY DOUBT they spent $145,000 worth of time on his case. False or not. Over 80 letters were submitted on his behalf (some from Civil Rights leaders), but the Judge wasn’t moved by them. What a surprise.

It doesn’t really matter what I think. But since you wanna hear it, here it goes: If they are going to charge him all that money to cover their losses from the government, they could’ve stopped with that and the probation. 150 days in jail is too much time in jail for this type of crime, which doesn’t seem to have been proven. This whole situation has been a lot of he said/he said.

In that college scandal, Felicity Huffman was only sentenced to 14 days in jail and Lori Loughlin was sentenced to 2 months. Their LIE was verified and undeniable because it was a group of them. I feel like this was Chicago PD’s way of getting PAID IN FULL. Stay strong, Jussie. And don’t let anybody make you their b****. If you end up dying by suicide, which I pray not, we’ll know you didn’t do it.

Cheers to the Gallery!